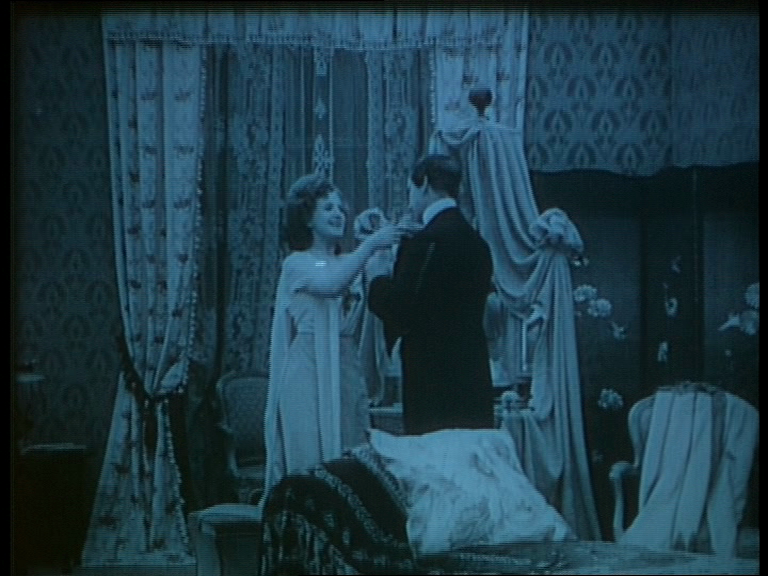 1906: The founding of Nordisk Film

“Nordisk Film was founded by cinema-owner Ole Olsen (1863-1943) in 1906. Olsen’s timing was fortuitous. The film industry was enjoying a gigantic upswing, as the new medium moved from marketplace entertainment and music halls to more permanent venues. Small cinemas, often set up in former storefronts, were coming on like gangbusters in most cities and there was enormous demand for motion pictures. Olsen wagered on international sales from the get-go and by 1908 Nordisk Film had set up branches in Berlin, London, Vienna and New York.

In the early 1910s, Nordisk Film was the first international movie company to retool its production to multi-reel films. The custom in the film industry had been to limit films to what would fit on a single reel, 5 to 12 minutes of film. Den hvide Slavehandel (The White Slave Trade) (1910) was Nordisk Film’s first long film, running 603 metres (approx. 35 minutes). As early as 1913 the company produced a film, Atlantis, with a running time of over two hours.
The changeover to long films entailed a re-organisation of the company’s film production. A script department was set up to supply the company’s directors with screenplays based on explicit guidelines for the content of the films and spelling out the censorship rules in different markets. Nordisk Film went from working with one production team to operating with a steady staff of directors, cameramen, actors, carpenters, etc., who were hired for the shooting season. Expanding its capacity, the company was now able to film on five stages at once. Nordisk Film’s output peaked in 1915, when it turned out 174 films, including 96 features, which means that the company finished shooting nearly two features a week. In many ways, Nordisk Film’s centrally managed film production with separate departments anticipated the famous Hollywood studio system. It is not without good reason that the studios in Valby, after the reorganisation, were known as the ‘film factory’. As World War I wore on, more and more export markets closed to Nordisk Film. The foundation for keeping up such a huge output volume was crumbling, forcing Nordisk Film to change its strategy.”
Isak Thorsen
Carl Th. Dreyer

“August Blom began his acting career in 1893 in Kolding, and was employed as a company actor for the Folketeatret from 1907 to 1910. During that period, he also began performing in films for the Nordisk Film Kompangni. He debuted there as a director in 1910 with his film Livets Storme (Storms of Life). That same year he was made the Head of Production for Nordisk Film and given the title of Director. Blom was a prolific filmmaker and during the ‘golden age’ of Danish silent films, 1910 to 1914, he directed 78 movies. Before he retired from Nordisk Film and filmmaking in 1925, he directed more than 100 titles. His volume of work is the largest of any Danish film director. Blom is credited as a pioneer in silent filmmaking. In 1911, he was instrumental in the development of the erotic melodrama with his film Ved Faengslets Port, the story of a young man in debt to a moneylender while in love with the moneylender’s daughter. Blom refined this genre during the following years, and this became the most profitable trademark for Nordisk company films. He also is credited with developing the use of cross-cutting as well as using mirrors to expand the drama. In 1913, Blom made his most ambitious effort: the film Atlantis based on the 1912 novel by Gerhart Hauptmann.”
Based on Wikipedia