“Laurence Norwood Trimble (1885 – 1954) was an American silent film director, writer and actor. Trimble began his film career directing ‘Jean’, the Vitagraph Dog, the first canine to have a leading role in motion pictures. (…) He became one of the studio’s leading directors, responsible for all of ‘Jean”s films and most of those made by Florence Turner, John Bunny and Flora Finch. (…) In March 1913 Trimble and ‘Jean’ resigned from Vitagraph, along with actor Tom Powers and Florence Turner. They went to England, where Turner formed her own company with studios at Walton-on-Thames. Trimble later explained that they went to England because in 1913 ‘the power of large companies [in the U.S.] left slight opportunity for an independent producer with small capital.’ Already famous from her Vitagraph films, Turner introduced herself to British audiences with a personal appearance at the London Pavilion on May 26, 1913. She and Trimble then toured Britain for the next six weeks, appearing together in 160 venues.
Trimble was head of production at Turner Films, released by Cecil Hepworth, and over the next three years he wrote and directed some of Britain’s most highly regarded films of the period. They included Rose of Surrey (1913), described by ‘The Bioscope’ as ‘one of the most charming English film comedies ever produced’; My Old Dutch (1915), which ‘The Moving Picture World’ called ‘a rare picture, great in its simplicity, strong in its appeal, and splendidly played by its two principals’; and Far from the Madding Crowd (1915). In August 1916, Trimble left his wife in England and returned to the U.S. with his daughter and his canine star ‘Jean’, who died later that year.”
Hitchhiker’s Guide to the Galaxy
(From Wikipedia)

>>> the Trimble films A Cure for Pokeritis and Her Crowning Glory, starring John Bunny and Flora Finch 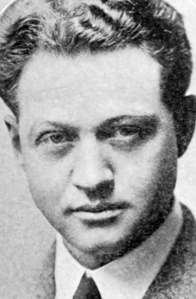 “In this play on the symmetry of black and white, Robinet leaves home in his bright new suit for a stroll through a blackening industrial landscape.”
Steve Massa
Cruel and Unusual Comedy

“The Societa Anonima Ambrosio was, with Itala and Cines, one of the premier film studios of Italy. Originally founded in 1902 by Arturo Ambrosio as photographic shop, Ambrosio caught the movie bug and spent time in France, England and Germany familiarizing himself with filmmaking. By 1907 a large and modern studio had been built on 30,000 square feet of land. Their first big hit was 1908’s The Last Days of Pompeii, directed by Luigi Maggi, who piloted many of the company’s most prestigious films. Besides historical epics, costume dramas, and literary adaptations of the work of Gabriele D’Annunzio, the studio’s comedy creators included Gigetta Morano (and her director and co-star Eleuterio Rodolfi), Ernesto Vasar as Fricot, and Perez as Robinet. Morano and Perez moved into feature length comedies for the company – Morano in works such as La meridana del convent (The Convent’s Sundial 1916) and Perez with the four episodes of Le avventure straoridnarissne di Saturnino Farandola (The Extraordinary Adventures of Saturnino Farandola 1914). As with the other studios, World War I disrupted film production and killed international distribution. Ambrosio continued some producing during the war, but Arturo Ambrosio left the company in 1917, and the studio ended production in 1922.
Steve Massa
Cruel and Unusual Comedy

>>> An early film factory in Italy

>>> A Real Clown of the Silent Era with more Robinet films

“Surely this must be one of the earliest renditions on film of such an amazing story. Berthe Bovy, from the Comédie-Francaise company, and one of the stars in L’Assassinat du duc de Guise (in which she played a page), is pretty much suited as the then-future king of Israel: boyish-looking, flat-chested and all around angelic, her David comes across as God’s anointed one even if only because it seems he is in need of a real miracle to save his and everyone else’s lives. It also helps that Bovy was clearly having fun with her role, thus imbuing it with an enthusiastic energy. It reminded me of Mia Farrow as Peter Pan –just a bit.”
Christian Doig
Letterboxd

“There was a rush of short films about David at the time with six films about David being released in as many years (the others being David and Goliath in 1908, Saul and David in 1909, David and Saul in 1911, David, King of Israel in 1912, and La Mort de Saül in 1913). (…) It’s also worth noting that the German version* has been produced using some kind of early colour process (hence the image above) whereas the French version is in black and white. The appearance is similar to that of early two-strip Technicolor, but as that wasn’t yet in existence then it looks like it was made using either Lee-Turner Colour, Kinemacolor or the Keller-Dorian process.”
Matt Page
Bible Films Blog

* The so called “German version” (i.e. German intertitles) seems identical with the “English version”, which is shown here.

She Would Be an Actress
Dir. and actors unknown. P: Lubin Manufacturing Company. USA 1909

“Many emblematic close-ups featured actors gesticulating for the camera, the direct address to the camera reinforcing their function as attractions. (…) Such unmoored close-ups of faces continue to appear in 1907-8, but by 1909, the approach to showing closer views of performers changes markedly. The close shot still marks the end of the film, but filmmakers reinforce connections to the diegesis by curbing direct address, encouraging the performers to ‘stay in character’ and sustaining narrative action from the previous shot. Equally important, such shots became literal cut-ins as the camera moves in slightly, typically preserving total replication of mise-en- scène if not exact continuity of action. One film from 1909, Lubin‘s She Would Be an Actress, still uses an emblematic close-up while also providing an example of its successor: the first shot features a close view of a woman reading a book entitled ‘How to Become an Actress’, with the surrounding décor of the following shot fully visible in the background; the last shot, which succeeds the narrative’s resolution in the prior shot, is a closer view of the same woman and her husband smiling at the camera in front of a neutral background. Whereas the first instance of the closer shot provides visual information that a longer shot would not and also contributes to the subsequent unfolding story, the latter is purely emblematic and an auxiliary to the narrative. Not long after this, filmmakers would find it untenable that both options for the close shot could coexist.”
Charlie Keil: Early American Cinema in Transition: Story, Style, and Filmmaking, 1907–1913. University of Wisconsin Press 2001, p. 167-169

“Lubin had abandoned the busy painted drops that characterized his earlier studio product. He put out several films in 1909 that faced the camera into a corner: She Would Be an Actress (the opening scene in the couple’s dining room) and An Unexpected Guest (both the nurse’s home and the young doctor’s study). (…) All of these (…) examples use painted flats rather than backdrops to achieve a three-dimensional corner (…). The set in She Would Be an Actress contains a real china cupboard which is present purely for realistic effect; it never figures in the action.”
Kristin Thompson: The formulation of the classic style, 1909-28. In: David Bordwell, Janet Staiger, Kristin Thompson (ed.): The Classical Hollywood Cinema: Film Style and Mode of Production to 1960. Routledge 2003, p. 314

“Anime Buie (‘Dark Souls’), fourth in a series of films featuring the character Za La Mort, an honourable French apache (street criminal gang member) and his adventures in the criminal underworld and beyond. The character was the brainchild of Emilio Ghione, who wrote and directed the decade-long series, as well as starring as Za. With his sharp cheekbones and sunken eyes, Ghione is one of the most distinctive looking actors of his time.”
Hesperia! The diva as star attraction in Emilio Ghione’s Anime Buie
Silents, Please!

“Casque d’Or and Zerlina, the two rivals for Za La Mort’s affections, wait for him to be released from prison. After various provocations, the two women fight and Zerlina is killed. When the police arrive, Casque d’Or admits to the crime, but the police do not believe her and arrest Za La Mort instead. In prison, Za La Mort receives a top hat and tails, and sends a message to his apaches, asking them to bring him some sleeping pills, which will make him appear dead. There is then a gap in the surviving film. The next scene shows Casque d’Or in Mexico, where she has built a career as dancer under the stage name Hesperia. Four millionaires court Hesperia, giving her flowers and going to see her dance in a Mephistophles costume. Za la mort, under the false name of Gil Negro, has instead become a billionaire, apparently thanks to his investment banker, but actually thanks to his forgeries. One evening at a ‘Tabarin’ the two meet again. Za, however, is again arrested and Hesperia begins to work in a circus. When a fire breaks out in the circus tent Za, providentially escaped from prison, saves his woman. They flee together starting a new life as peaceful farmers.”
Vimeo/Filmaffinity

“Born in Turin to a relatively well-known painter, in whose footsteps he followed early, Ghione got his break in film as an extra in Aquila film and worked consistently in the film industry for almost two decades, passing through most of the major film studios (Celio, Cines, Caesar-Film, and Itala). Although his character’s name was not always featured in the title, Ghione starred in and directed many Za la Mort films, including Nelly la gigolette (1914), Za la Mort (1915), Anime buie (1916) (…) and Ultissime della notte (1924), the last in the series. According to Denis Lotti it wasn’t until his move to Itala in 1919 and its version to Za la Mort that Ghione became a true star as the Italian version of the nineteenth-century Parisian apache, the criminal or street ruffian who populated the novels of Alexandre Dumas and Émile Zola and, onscreen, the wildly popular French Fantômas series (Louis Feuillade, 1913). (…)
The above cited Anime buie reveals both this tendency towards the criminal  and nefarious as well as Ghione’s unique onscreen charisma as Za la Mort. The film features Ghione in a variety of roles: as the apache Za la Mort, who then escapes to America to become the successful businessman Gil Negro, and then as the ultimate cowboy after he escapes from prison with his love interest, Casca d’oro, played by the diva Hesperia. This range shows off Ghione’s ability to incarnate credibly a variety of roles on screen, aided by strategic costume changes. The film’s multiple settings, from continental Europe to urban America and then the Wild West, are the various landscapes into which the character successfully blends, reinforcing the elasticity of persona that characterized Za la Mort and Ghione.”
Jacqueline Reich: Stardom in Italian Silent Cinema. In: Frank Burke (ed.): A Companion to Italian Cinema. John Wiley & Sons 2017, p. 61