“Charles Urban‘s Kineto company initially specialised in ‘what we venture to assert are the more permanent uses of the Kinematograph, namely its application to purposes of instruction, and the widening of general knowledge’.
Kineto’s ‘interest’ films came as close as any of their era to what was later coined ‘documentary’ – a specific genre, distinct from other forms of non-fiction. Indeed, A Day in the Life of a Coal Miner has entered textbooks as a milestone in documentary’s evolution.
Filmmakers had already begun to document industrial processes in detail, but few had so vividly shown how these are entwined with human lives lived. Intertitles play their part in this, anticipating the various tones adopted by the ‘voice of God’ narrations of later sound documentaries: mostly explanatory (‘Locking the Lamps’); sometimes playful (‘Belles of the (Black) Diamond Field’); sometimes symbolic (‘Light After Darkness’).”
Patrick Russell
Screen online 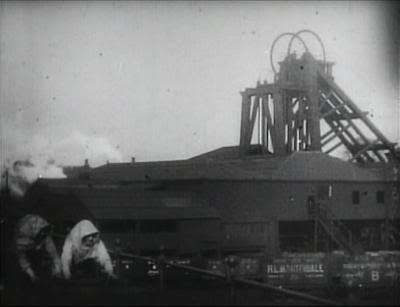