“When the night call came, it found a young woman struggling with great emotions, the better impulses of her sex battling against the perverted sordid side of her nature. It was the culmination of the biggest game Nell Delaney and her gang had ever undertaken. The girl, in order to land an over-cautious victim, had actually married Karl Kreidt, an unsophisticated young man, who had just come into possession of a large amount of money. He was thoroughly infatuated with the woman, could do naught but plan for her comfort, and so fell into the trap she had devised. Lured into a lonely house at night, he surrendered his fortune to the crooks rather than meet death, never knowing that Nell was the chief plotter. (…)”
Moving Picture World synopsis

“The Selig Polyscope Company was founded in 1896 by ‘Colonel’ William Selig. Although Selig Polyscope holds the distinction of becoming the first film company to erect a permanent studio in Southern California, Selig got his start in his native Chicago. After spending time in California with a traveling minstrel show, Selig returned to Chicago with a wealth of theater management experience and an interest in the Kinetoscope. Using drawings of the Lumiere Cinematographie, Selig, along with his machinist, were able to build their own camera, the Selig Standard Camera. (…)
In 1901, Armour & Co., reeling from Upton Sinclair’s ‘The Jungle’, was eager to have their meat processing plant shown in a good light, and contracted Selig. The end result was, as ‘Moving Picture World’ described it, the greatest advertisement the company ever had.
Selig’s first dabble with animal pictures was born as the result of a denied request to join Theodore Roosevelt as he hunted big game in Africa. When Selig’s cameraman was denied permission to accompany Roosevelt on his expedition, Selig did the next best thing. He staged and filmed a hunt using retired circus animals. Released in May 1909, Hunting Big Game in Africa represented a turning point for Selig and the first of many animal pictures.
In addition to being one of the first film pioneers in Chicago and in the world, Selig was also a pioneer in the genres he produced. Widely loved and respected for his thrill pictures, he sent teams of players, directors and cinematographers west to make westerns and animal pictures. Still, he continued to make films in Chicago. He moved his plant to Irving Park Blvd. and Western Ave. and brought popular stories to the big screen – including some of the earliest film adaptations of ‘The Wizard of Oz’ and ‘Two Orphans’ (D.W. Griffith’s Orphans of the Storm is the best known adaptation of the story). The studio even teamed with the Chicago Tribune briefly to produce newsreels. Selig is also credited as the pioneer of the two-reeler. (…)”
Chicago Nitrate 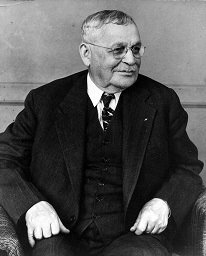