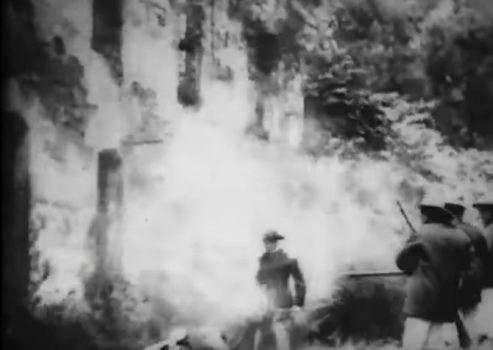 Description
From Edison films catalog: A file of Spanish soldiers line up the Cubans against a blank wall and fire a volley. The flash of rifles and drifting smoke make a very striking picture. 50 feet. $7.50.
Library of Congress