“With the emergence in the seventeenth century of the Grand Tour as a ‘new paradigma for travelling’, Italy, home of classical traditions, became one of the most important destinations without which the education and knowledge of well-bred British travellers was not complete. (…) The fascination for antiquities and pictoresque views of Italian landscapes also created a tradition of visual representation that found in J.M.W. Turner its major exponent. 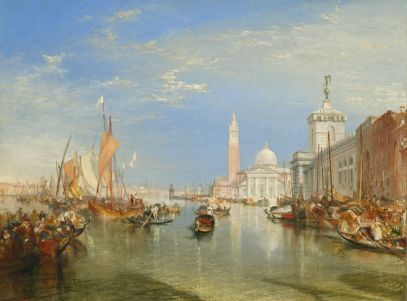 Within this already established cultural context, Italian travelogues and scenic films were the modern expression of the tourist tradition. Although mediated by the camera, the scenery portraits offered to every class of audience the possibility of experiencing a Grand Tour of Italy and discovering its beauties. The artistic and natural richness of the country revealed itself as an inexhaustible source for the Italian film companies. To the British audiences, travelogues of Italy functioned as modern tourist postcards; to the Italian producers these films were the expression of national pride.”
Pierluigi Ercole: ‘Little Italy on the brink’: the Italian diaspora and the distribution of war films in London, 1914-1918. In: Daniel Biltereyst, Richard Maltby, Philippe Meer (ed.): Cinema, Audiences and Modernity: New Perspectives on European Cinema History. Routledge 2013, p. 156

Travelogue from various cities in Italy. Recordings from boats or from the street.

Recordings of the Pescara river in Italy, from the mountains to the sea.

Travel film about Florence which includes: the cathedral (Santa Maria del Fiore or Duomo) with the tower (Torre di Giotto or Campanile) and the dome (Brunelleschi), Piazza and Palazzo della Signoria.

Panoramic images of the city of Tripoli, the locals in the remarkable streets, the Marabouts, a camp of Arab nomads, and a sunset seen from the tower of a mosque.