“This is one of the very best melodramatic pictures that the Lubin Company has put out in many a week, one of the best that has been released by any company. It is a bull fight, love story, with an excellent and very exciting picture of the fight and the death of a vicious bull. The story, although in outline it is what might be called a classic convention in Spanish literature, is absolutely fresh, so far as we know, in pictures and is eminently worth while. It is, in fact, a picture among good pictures for the exhibitor, one to excite enthusiasm. During the bull fight in which the lowly hero killed the bull and won the girl, the camera seems to have stood in the very arena. At one instant the thoroughly mad bull was coming right toward us, and that particular view was cut very short. Perhaps the camera man got away quick. Perhaps it was the bull who got the camera. He certainly looked as though he were just on the point of his horn of getting something. It is a rattling good picture. Wc are glad that we saw it and we believe others will be glad to see it. The audience that saw it with us seemed to be. The photographs are good.”
The Moving Picture World, March 16, 1912

Summary
“Jan leaves for Rawlins, Arizona, where he wants to find a job so he can marry his fiancee Jeanette, because Jeanette’s mother says a man must have quite substantial savings before he can marry her daughter. Jan takes a job with the railways. When a former employee raids the money train on which Jan is working, he manages to escape with the aid of a trolley, as a result of which the attack can be thwarted. For his courageous act Jan gets two thousand guilders as a reward.”
YouTube

“Wilbert Melville made just a few films at Betzwood in December 1912 before Lubin sent him to California to found the Lubin West branch studio in Los Angeles. Melville had only months before made films in Texas and Arizona near the Mexican border and “Mexican” films were his specialty. Unfortunately, he had a tendency to feed into the routine stereotypes of the day and his Mexican characters are often unsavory and even cartoon like. This is probably why Lubin assigned Earl Metcalfe to work with him. Metcalfe specialized in playing unsavory characters and his acting was often “over the top.” Here Mexican bandits hold up a train and Juan saves the day by catching the crooks. Juanita is his reward.”
Betzwood Film Archive 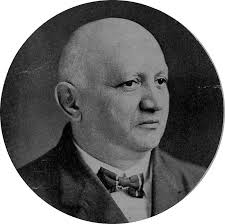 “Siegmund Lubin, with his Lubin Manufacturing Company of Philadelphia, was one of Edison‘s earliest rivals in the motion picture business and remained a vigorous force in filmmaking, equipment manufacture and exhibition until the beginning of the First World War. Siegmund Lubszynski emigrated to the United States from Germany in 1876 and travelled the entire country as a salesman of jewelry, metal polish, spectacles and other goods. Settling in Philadelphia in 1882, he opened an optical manufacturing and retail business at 21 South 8th Street in 1885, particularly exploiting two patents for a novel form of eyeglasses. In late 1896 he developed the Cineograph projector with help from C. Francis Jenkins, and it was offered for sale in January 1897 at a price of $150. In February Lubin became an agent for Edison films, in March he founded the Cineograph Exhibition Service for vaudeville theatres, and on 15 May 1897 he began making films with Unveiling of the Washington Monument. He produced many short comedies and actualities, including local scenes of preparation for the Spanish-American War and battle re-creations, but the staple of his early filmmaking was re-created boxing films, using either ‘counterparts’ for the original fighters, or the boxers themselves re-staging the fight. Like other companies at the time, Lubin re-made any appealing title from other companies, producing among others versions of The Great Train Robbery, Personal, and Uncle Tom’s Cabin, and duped for his own sale many films of Edison, Méliès, Pathé, and others, advertising that his stock included any film made anywhere in the world.”
Deac Rossell
Who’s Who of Victorian Cinema